Are You Ready for Immigration Reform? 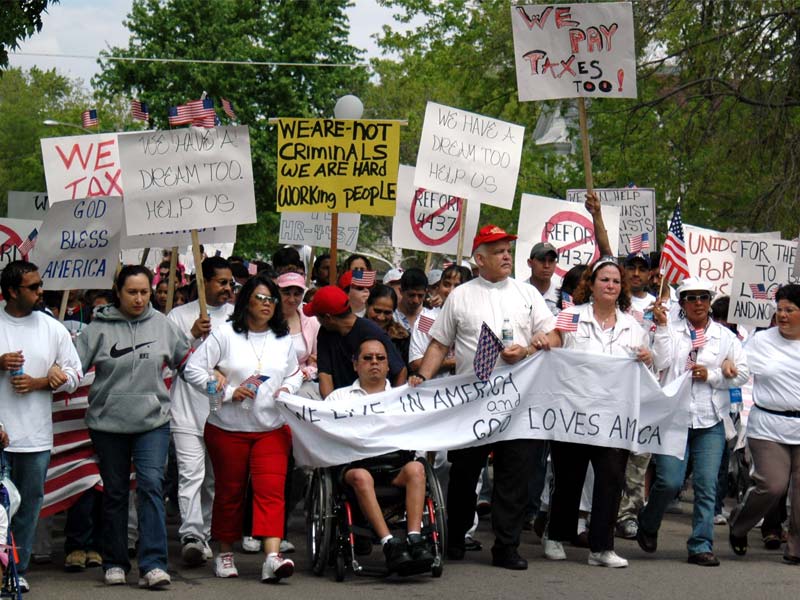 Last week on Facebook I posted that we are hopeful President Obama will soon take executive action to help fix our broken immigration system. If you have been following
the drama of immigration reform and you’ve been waiting for it to finally happen, you’ve been holding onto hope for a long time.

We thought immigration reform would happen last spring after the Senate passed a major immigration bill that would have helped millions of individuals obtain legal status in the U.S. But the House of Representatives refused to cooperate and insisted instead on making their own bill. They promised they would come to an agreement, but after a year of waiting for them to do so, at the end of June President Obama finally expressed his frustration and stated that he will take executive action this fall.

If you have lost all hope in immigration reform, you may not take President Obama at his word. I know I had grown weary of getting my hopes up only to have them crushed by congressional gridlock. However, my own hopes have been renewed because insiders, activists, and experts now insist that President Obama means business and SOMETHING BIG is going to happen in September, sometime after Labor Day.

So the question now is: Are you ready?

No one knows exactly what reform will look like or whom it will help. So don’t let anyone try to tell you they know inside details about requirements. Also, don’t pay any amount of money to anyone before the program is announced. Since we don’t know what will be required, we don’t know how much work it will take to put applications together. Until we know that information no attorney can ethically quote a fee.

My number one suggestion for anyone hoping to take advantage of immigration reform: Form a relationship now with an Immigration attorney that you trust. Note that I said “Immigration attorney”! There are many businesses that offer assistance with immigration forms. They are not attorneys; many are “notaries.”

The Latino community trusts these individuals because in their home countries, notaries are attorneys. In the U.S. a notary is someone with a high school diploma and a clean criminal history that paid money to obtain a seal in order to notarize documents and signatures.

These businesses are engaging in the unlawful practice of law by filling out immigration forms and giving advice about which forms to use. They charge lower fees and many people choose to work with them because they think they can’t afford an attorney (but you should see the messes created by these “notaries” and the amount of money it takes to fix them, if the problem they created is even fixable!).

Immigration law is incredibly complicated, and is second in complexity only to tax law. If possible, look for an attorney who is board certified in Immigration law. At a minimum, look for an attorney who is a member of AILA (American Immigration Lawyer’s Association). I think many non-immigration attorneys will try to quickly become familiar with immigration law in order to obtain more clients. However, complete knowledge in this area of the law can take years to obtain and I am worried that these fly-by-night attorneys will not be competent enough to assist their clients.

So, before immigration reform is officially announced, take the next month to research different immigration attorneys. Ask your neighbors and friends about the reputations of attorneys they know or have used. Talk with a few of them in a consultation so you can decide whom you could work together with the best. Remember that Immigration law is federal law, so an attorney in any state can represent you.

Molina Law Group would be honored to serve you and your family. During the month of August if you like us on Facebook we will provide you with a consultation at half price.