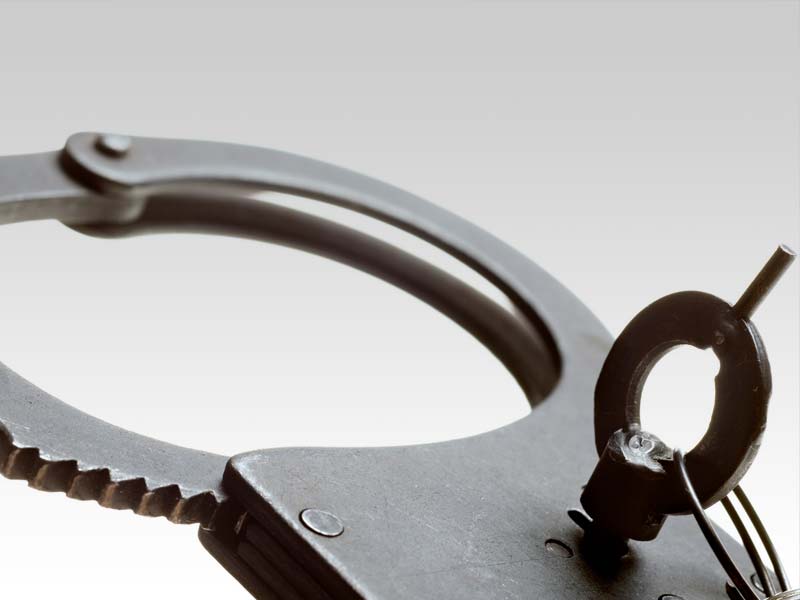 On January 26, 2015, I traveled to Memphis, Tennessee to represent my client in his Cancellation of Removal case. “Jose” (not his real name) became my client while he was detained at the Port Isabel Detention Center in April of 2012. Today his case finally came to a successful conclusion – over 2.5 years later!

Jose came to the U.S. as a teenager in the late 1980s. He became a lawful permanent resident (LPR) in 1990 through the Seasonal Agricultural Worker (SAW) program. In 1992 he was drinking with some friends and he made a bad decision to drive while drunk. He was pulled over for drinking and driving and when the car was searched the police found a concealed weapon. The weapon didn’t belong to Jose but since he was driving and it was his car (and none of his “friends” would take responsibility for the weapon), Jose was charged and later convicted of carrying a concealed weapon. This conviction put him in danger of losing his new LPR status because he was now “deportable.”

Theoretically, he could have been placed in deportation proceedings at that time, but for some reason this conviction was not brought to the attention of immigration authorities until twenty – yes, you read that right! – twenty years later. Jose’s wife and children lived in Mexico and he returned each year to visit them for a few months at a time. Each time he crossed the border, officials had an opportunity to check his criminal history. On April 15, 2012 during one such entry, they decided to detain him and place him in removal proceedings.

Enter Molina Law Group. We filed the necessary motions and documents to secure his release with a $4,000 bond. Once he left detention he returned to his home in Arkansas and we changed the venue of his hearings to the nearest immigration court in Memphis, TN. That court (like many immigration courts across the nation) is extremely backlogged, so much so that his final hearing to determine whether he would be deported or allowed to stay was scheduled more than 2.5 years after he was released from detention.

In the meantime, his family immigrated legally to the U.S., which was ultimately helpful to his case. Jose feared that if the Immigration Judge did not approve his Cancellation of Removal application he would be sent to Mexico and his family would have to make the difficult decision whether to return with him (having immigrated themselves less than 6 months ago), or remain in the safety of the U.S. where they worked so hard and waited so long to immigrate to.

Cancellation of Removal is a waiver (sometimes referred to as a “pardon”) that is available to LPRs who have lived in the U.S. in legal status for at least seven years (five of those as an LPR) and who have not been convicted of an aggravated felony (a term of art in immigration law that actually includes several misdemeanors). Even if a person meets these requirements, an Immigration Judge has authority to use his discretion to deny Cancellation of Removal if negative factors outweigh positive ones.

In Jose’s case, the Immigration Judge acknowledged that the crime had been committed over 20 years earlier and he had no other criminal history. He determined that given the other positive factors in his case (long time resident, strong employment history, and U.S. citizen and LPR family), he merited Cancellation of Removal. However, he warned Jose that this waiver is only available once and therefore encouraged him to apply for U.S. citizenship as soon as possible so that he would never have a reason to come before an Immigration Judge ever again. Needless to say we will be taking that advice and filing his application for naturalization (N-400) ASAP!

The hearing itself was only half an hour. These individual hearings can usually run 3-4 hours depending on the amount of testimony required. However, we had carefully prepared the case and laid out our legal arguments in an 8 page brief. I contacted the office of the chief counsel last week and spoke with the attorney that would be representing the government at the hearing. She agreed that the case deserved favorable consideration and noted that she would not oppose or appeal a grant of Cancellation of Removal. The Immigration Judge carefully considered the documentation submitted and asked a few questions during testimony to confirm that Jose would be eligible for this relief.

Jose left the hearing with a much lighter step and a smile on his face. He could finally move forward without fear of being sent back to a country he hasn’t called home for nearly 30 years. The sun was shining as we left court and the world just all felt right for that moment.

Since the hearing was so brief, I got a chance to explore Memphis a bit. What an amazing city full of such historical importance! I visited the Civil Rights Museum, which is on the site of the Lorraine motel where Martin Luther King, Jr. was murdered. I was overwhelmed with emotion as I walked from exhibit to exhibit starting with the advent of the slave trade 300 years ago until the current day modern civil rights movement.

Did you ever realize that slavery in the U.S. lasted for twelve generations? TWELVE generations! The slave trade created the largest forced migration in human history. While most immigrants came to the U.S. seeking freedom and opportunity, African Americans travelled west chained like animals and piled one on top of the other for a 3 month journey.

And yet throughout these twelve generations of slavery, deplorable treatment and seemingly no hope of escape or change, there was a constant and consistent pressure against the status quo. Eventually calls for freedom led to the abolishment of slavery and then the arduous task of creating equality of rights and opportunities for African Americans began.

I was most struck today by the role that attorneys played in the civil rights movement. Brilliant legal minds paved the way through the court system eventually reaching the Supreme Court. They used constitutional arguments together with documented facts mixed with some creativity and in doing so they created pure legal genius.

However, the lawsuits could not have gone forward without plaintiffs. Brave individuals stood up and were willing to challenge unjust and unequal treatment. I can only imagine the type of harassment, ridicule, and number of credible death threats these attorneys and their clients faced before, during, and after the legal proceedings. Makes my wins in court feel a bit insignificant.

The final exhibit at the Civil Rights museum was a video clip of three modern day civil rights workers – the final of the three works on behalf of immigrants. Many people have referred to the fight for immigrant rights as the single biggest civil rights struggle of our time. Why do we marginalize and dehumanize those who come from other countries, just because they do not currently have “legal” status in the U.S.? Aren’t we a nation of immigrants? Isn’t our strength due in large part to our diversity?

I applaud the steps that President Obama has taken recently to provide temporary work authorization to several million of those currently living undocumented in the U.S. But it’s simply not enough. There must be a plan created which includes a pathway to citizenship for those who earn it. If not, the undocumented population will continue to be seen as “second-class” and “less-than.” Isn’t that just what Martin Luther King, Jr. and others like him helped to eradicate for African Americans?